There's been quite an amount of hype around this framework called Jobs to be Done (JTBD) and many claim that it is the perfect replacement for user/buyer personas. Being persona advocates at UXPressia (hey, we have an entire wall covered with our personas 😉 ), we couldn't let this slide. And so here is our opinion on JTBD vs. Personas. Or should I say JTBD with Personas? But let's not jump ahead. First, a tiny bit of theory.

What is Jobs to be Done?

You don't buy just a computer. You buy a means to play an awesome game

Take any product you use. How about your laptop? When deciding whether to buy it, did you want a bunch of cool-sounding pieces of sophisticated technology put in a case? I doubt it. I'd say you just wanted something that would get your job done. It could be something to watch Netflix on when lying in a warm bed on a rainy Sunday. It could also be that you needed to do work more efficiently. Heck, you could just want to have something to warm up your laps. After all, that's what LAPtops are for, eh?

The whole concept of Jobs to be Done is built around this idea. We "hire" products to do jobs. We don't buy a car because it looks good, although sometimes this is the case, we buy it because we want to get somewhere. If a product doesn't make us better, happier, or more efficient, then we won't use it.

"As a general rule, if you have a product that doesn't get the job done that a customer is needing to get done, then often you have to offer it for zero. Because if you ask for money for it - because if it doesn't do the job well, they won't pay for it."

But that's obvious, you might say. So how can JTBD be of use?

Why use Jobs to be Done?

The main reason for using JTBD is that they shift your focus from segmenting your audience to what your users need to do. For example, a 28-year-old office clerk buys a fancy laptop not because he's 28 or he's an office clerk but simply because he wants to play a new video game that came out last week. That's the job he wants to get done.

Shifting your focus to the job instead of demographic data might bring a load of insights and ideas for innovation. Take McDonald's as an example. Once, they wanted to boost milkshake sales, so they hired Christensen Clayton to help them do this. The company knew its target audience inside and out. They kept inventing new recipes and did many focus groups. But sales wouldn't grow. After multiple interviews, they finally got it.

People wanted to buy milkshakes to pass the time while getting to work. When you keep sipping a milkshake, it feels like you're busy. And you won't get hungry once you make it to the office. And so the company got a few insights as for how to make milkshakes more attractive to their customers. They could make it thicker so shakes lasted longer or add chunks of fruit to make the process more entertaining.

Concentrating on the job people want to accomplish is the way to go if you want to create a successful product. But this wasn't the only McDonald's insight.

When you look at your product from the job-it-gets-done standpoint, you start to see that you might have more competitors than you thought. It is true that an airline company competes with another airline company. But that's direct competition. It also competes with software like Skype - no doubt, it's important to be at a meeting in person, but often it's way easier and cheaper to just do a Skype meeting instead.

Bottom line here: Jobs to be Done works best when it comes to defining product strategy, looking for innovations, and discovering new competitors.

Jobs to be Done vs. personas

Finally, let's get to why we started all this in the first place. Can JTBD replace personas entirely? Absolutely no. Jobs-to-be-done supporters say that personas have more in common than we might think. They say that a mother of three from the US posts photos to Instagram for the very same reason as a 20-year-old geek from China.

And it is true. As long as you focus on demographics rather than the psychographic aspect of personas. In his book called The Elements of User Experience, Jesse James Garrett says:

"Demographic profiles can be quite general… Psychographics often correlate strongly with demographics: people in the same age group, location, and income level often have similar attitudes. But in many cases demographically identical people have very different ways of seeing and interacting with the world. (Just think of everybody you went to high school with.) That’s why uncovering the psychographics of your users can give you insights you can’t get from demographics."

There are other reasons why you can't replace personas with jobs to be done:

By the way, here's what Alan Cooper says (both persona and JTBD supporters will find this whole thread worth reading):

All in all, it is clear that personas are here to stay. Take out personas, and JTBD will lead you into a hard-headed and cold analysis. But, on the other hand, without jobs, you lose sight of your product's primary purpose. So probably the best way is to use both methods — Jobs to be Done and personas. And here's what a persona looks like when paired with Jobs to be Done in UXPressia Persona Online Tool:

Keep making awesome UX and use techniques that work no matter what the crowd says. And keep in mind that in UXPressia you can visualize any persona. Either with or without Jobs to be Done. 😉 More than that, you can share and export them, generate names and photos without leaving your favorite browser! Go ahead and create a free persona with UXPressia.

CREATE A FREE PERSONA WITH UXPRESSIA 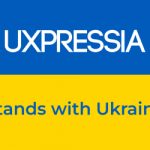 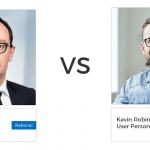 User vs. buyer persona: differences and a free template 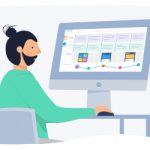 This is interesting. I’d like to understand more about the value of using both personas and jobs to be done. How might we use personas to expand on the two jobs to be done that Professor Christensen described for milkshakes:

1. Market = morning commuters, Jobs-to-be-done = “keep my non-dominant hand busy for the duration of my commute” and “curb my hunger until noon”.

2. Market = parents entertaining their children, Jobs-to-be-done = “enjoy a special treat” with the kids after school

Thanks for any thoughts you might have on this topic.

I agree with you. JTBD and Personas are compatible and they help to reach out to potential customers. It´s like a team is better at handling a job or in brainstorming than a single person – with JTBD and Persona it´s similar. To know the Jobs your product is hired for is giving you a better connection to your customers and more ideas for advertising. But how to reach the right people if it´s a job? You have to know which demographics want to hire to product for the same job, maybe it´s related to age or income. After defining this groups you can create the ads related to the job and the demographic groups ergo this ads are more relevant to potential customers and decrease costs. 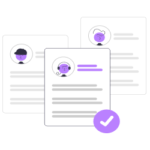 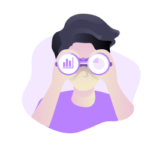 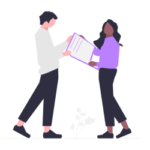