A long time ago, when we were just launching UXPressia, we were pretty sure that having multiple personas on a single journey was an overkill. We believed one customer journey should have one and only persona. After all, it's called customer journey, not customers journey, right? Well, that was what we knew from our experience and from what we actually had been contemplating in others' journey maps. At that time, it made perfect sense to us: if two personas have similar journeys, why bother and create more maps?

It didn’t occur to us that maybe, just maybe, there’s something wrong with those personas. Now, each persona should represent different behavioral patterns. If it doesn’t, chances are you are focusing too much on demographics, which is a no-no. Well, that was what we believed. And we were wrong.

Later, once UXPressia had become a thing, we started receiving more and more requests to allow users to have more than one persona linked to a Customer Journey Map (CJM).

We had never seen any good examples of a multiple-personas map and we were really itching to hear about at least one use case. So we did what we should have - reached out to our community. Wish we'd done it earlier! It turned into such a fantastic source of inspiration that we decided to let the world know.

So, after talking to our user community we identified two colliding cases when introducing additional personas on the same journey map is actually a great idea.

The most typical case of using multiple personas on the same map pretty much reminds that romantic comedy with Mila Kunis, where a couple breaks up saying that they may have similar directions, but they want different things.

In other words, when personas are going through the same journey but they have different goals and needs at each (or almost each) stage. Thus their behavioral patterns are different.

So having a single journey map for multiple personas with common patterns and traits but with different goals, becomes crucial to designing good services.

Take a look at these two buyer e-commerce personas:

Now let’s see how separate experiences of two personas can be merged into one journey:

Case 2: Multiple personas interacting with one another

The other reason for having several personas on the same map is when their paths cross. Think about peer-to-peer ridesharing, like Uber, for instance. You have drivers and you have passengers. At certain moments both meet, and what happens during those encounters might affect the entire journey.

So, let’s see how separate experiences of two personas can be merged into one journey: 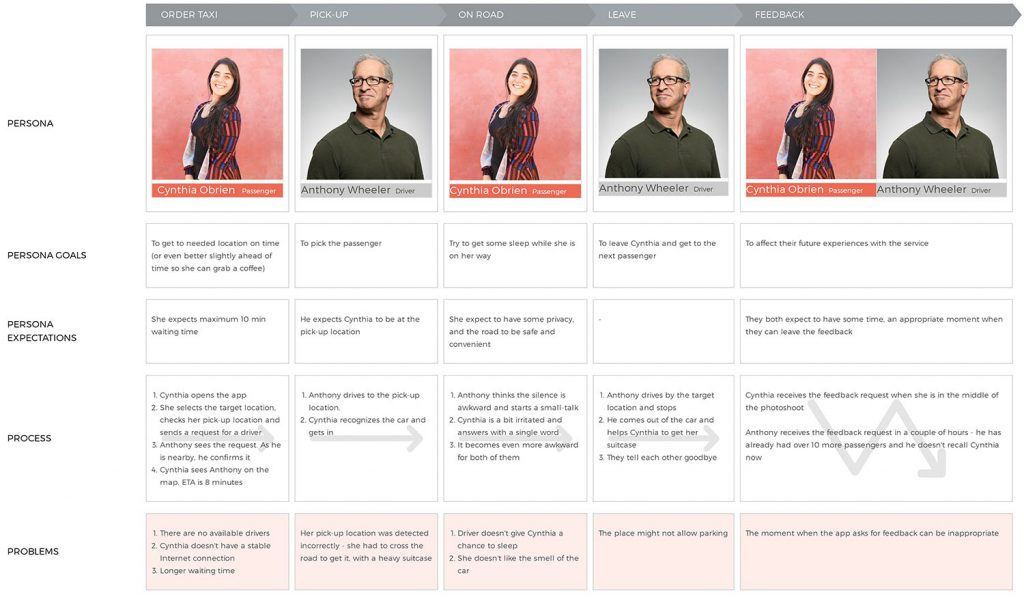 As you see, things are getting interesting when personas meet in the same touchpoint. Their expectations, needs, and thoughts are different.

During the ride, Cynthia doesn’t show much willingness to talk. Well, Anthony has a different idea. He believes a small talk is exactly what will make the ride fun. Cynthia feels awkward because she's being short with the driver. Anthony feels awkward because the passenger doesn’t keep a conversation, and he's worried about receiving 3 stars.

The situation is uncomfortable and this awkwardness will definitely have an impact on business in case both journey participants will stay unsatisfied and disappointed (and they probably will).

So having multiple personas on a single map will let you look at where the journeys intersect. And then you might find out that something you considered a pain-point that existed in a vacuum, is actually the consequence of a bad interaction between two personas.

If you have more cases to add to the list — feel free to add them to the comment section!

Speaking of multiple personas on a single journey map... the team over at UXPressia is working on this feature as you're reading the article. And we would love to hear some awesome ideas on how we could make it better. So if you have an example of a map built for multiple personas and you can share it - please do. We are always looking for inspiration. 😉 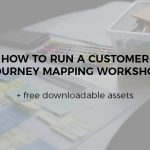 How to Run a Customer Journey Mapping Workshop 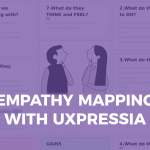 These are great examples are these multiple persona journey map templates available in UXPressia now? Are you able to share a template? We are currently working on a project and these examples are just what we need. I’d love to here where your team is with this progress

Thank you, Fella!
You’ll find the templates from this post here: https://uxpressia.com/templates/cjm-for-multiple-personas and here: https://uxpressia.com/templates/cjm-for-multiple-personas-in-b2b. These are temporary workarounds though as we’re still working on the native support for multi-persona journeys which we’re going to bring later this or early next year.

Is this feature available already? It would be mega helpful for a project I’m working on.

Hi Alicia, we’re still working on the native multi-persona support which we’ll hopefully bring later in 2019 or in early 2020. Until then, we recommend to use the workarounds in this post: https://help.uxpressia.com/en/articles/932987-add-multiple-personas-to-a-single-cjm. Hope it’ll help you with the project!

Working from home with UXPressia

5 Trends in Journey Mapping for 2020
wpDiscuz